I got a fancy new iPad recently and bought a copy of Prompt so that I could SSH into my servers from the comfort of my couch. The process turned out to be more tricky than I expected so here's my notes on how I did it.

The first step was to generate the keys, I did this like so:

This won't work if you don't add the newly generated public key to the server so let's do that next:

This is the part that caused me some trouble. There's an interface in the Prompt app to add keys by picking a file from your iCloud Drive but it didn't behave as I expected. I had the keys there but they were greyed out and I couldn't pick them.

What I figured out was that they needed a file extension in order to work:

Then I could find and pick that file as the key in Prompt and it would add it to the list of known keys. Next was finishing the server settings in Prompt and saving them so that it could be one-tap to connect. Behold: 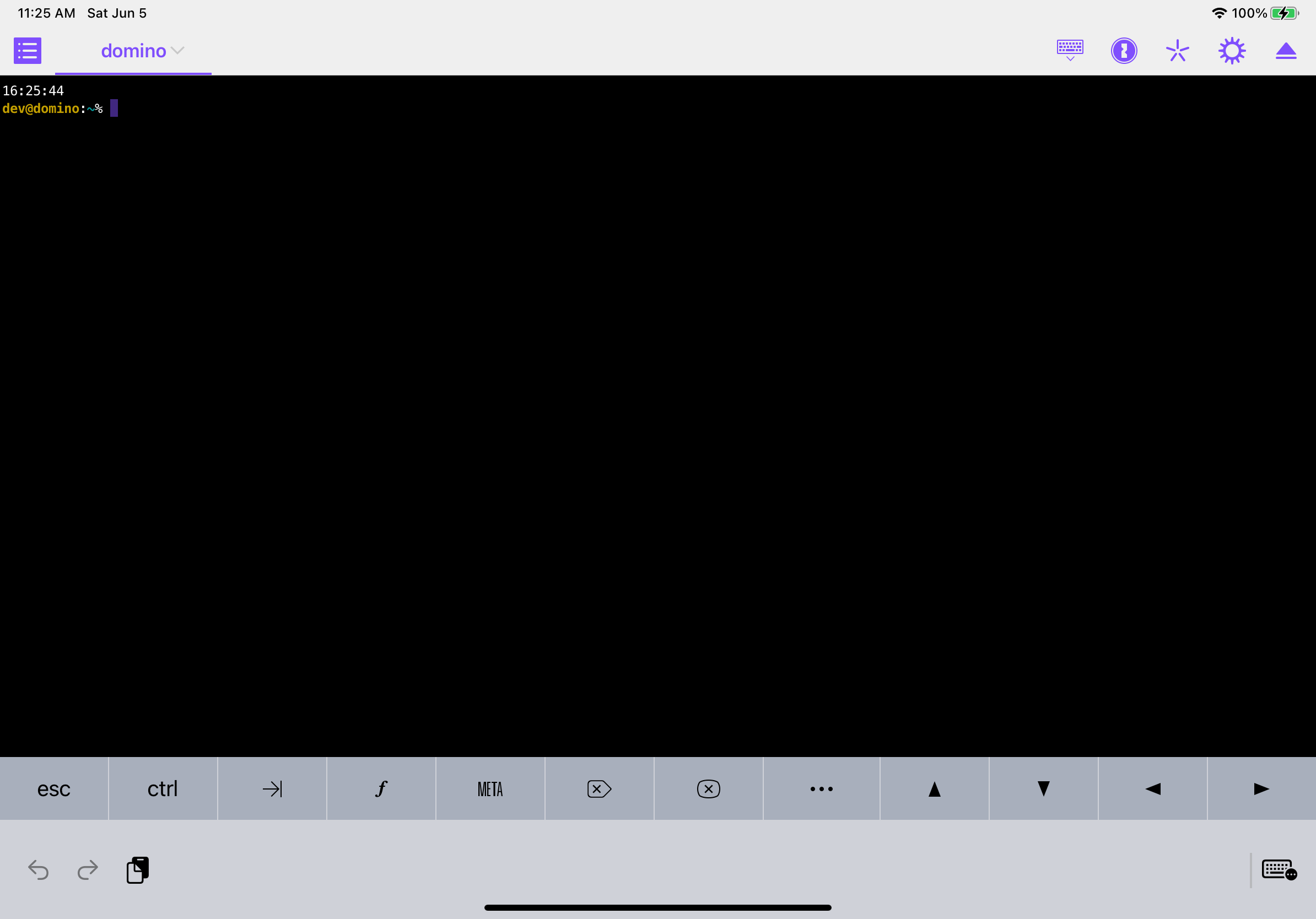